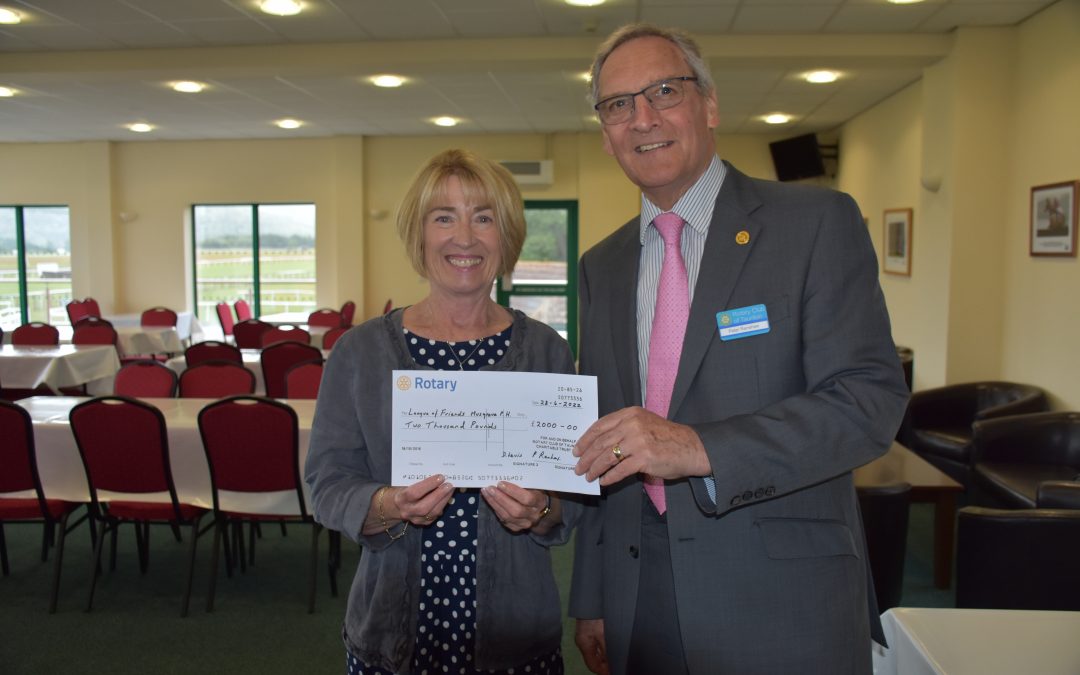 This generous donation deserves particular recognition because of the link between the two organisations as it was the Rotary Club of Taunton that formed the League of Friends in March 1959.  The donation will go towards funding the League’s donations to the hospital agreed for this year.