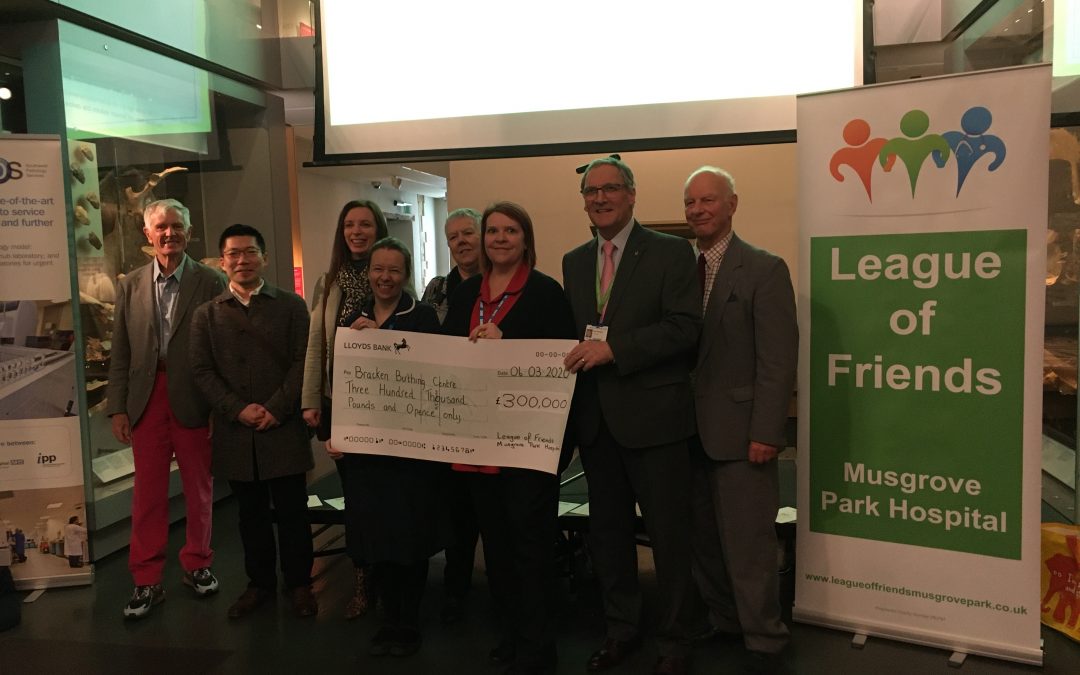 It was an evening of celebration at the Somerset County Museum in Taunton last Friday when Chris Cutting, President of the League of Friends Musgrove Park Hospital handed over a cheque for £300,000 to Nicola van Eerde, Matron of the Bracken Birthing Centre and Philippa Quinn, lead midwife.

The money was raised in part by the hugely successful Taunton Toad Trail organised by the League during the school summer holidays.  Those attending the event at the Museum included sponsors and supporters of the Trail as well as the buyers who bid for the toads at the auction at Hestercombe in October.   Musgrove Park Hospital was represented by Colin Drummond (NHS Trust Chairman) and staff from the Bracken Birthing Centre.  As well as the proceeds of the Toad Trail, a generous legacy received by the League of Friends last year had enabled this gift to be made.

The £300,000 upgrade of the Bracken Birthing Centre, funded entirely by the League of Friends, has already begun.  The refurbished centre will include two brand new en-suite rooms and an additional birthing pool which, together with better lighting and temperature control, will provide a comfortable modern birthing centre for Musgrove Park Hospital and a greatly improved facility for the women of Somerset.