The League of Friends at Musgrove Park joined with hospitals midwives on Friday 5 November to declare the new Bracken Birthing Centre officially open.

During the COVID-19 pandemic the centre underwent a £300k upgrade, funded by the League of Friends, to give parents-to-be in Taunton and Somerset access to modern, state-of-the-art birthing facilities.

It was thanks to a unique Toad Trail fundraising campaign run by the hospital’s League of Friends in the summer of 2019 that captured the imagination of people in Taunton and the surrounding area.  The Toad Trail raised £50,000 with a further £250,000 coming from legacy donations left to the League of Friends for the benefit of patients.

Since the upgraded centre reopened in October 2020, midwives have welcomed over 530 babies into the world – three in five of who were born in one of the two new birthing pools. And many other women also chose to use the pools for support and comfort during their labour.

Philippa Quinn, sister responsible for Bracken Birthing Centre, said:  “A year on from re-opening during the pandemic we are delighted to have cut the ribbon to officially open the new Bracken Birthing Centre.  We are delighted to have supported over 500 births in our modernised birth centre since we have reopened. We look forward to many more wonderful births in the future.  Many women tell us that they love the experience of a water birth, so we listened to this feedback and set out to create more choice for women in the area by adding another birthing pool. We didn’t stop there as thanks to the amazing support from our League of Friends and its donors, we were able to completely refurbish Bracken Birthing Centre, giving women and their families a better experience in a more homely environment.

Peter Renshaw, Chairman of the League of Friends, said: “I’m delighted that the League was able to fully fund the refurbishment of the Bracken Birthing Centre as part of our 60th Anniversary. The League of Friends Musgrove Park Hospital is grateful for the continued support from the public through donations and legacies.” 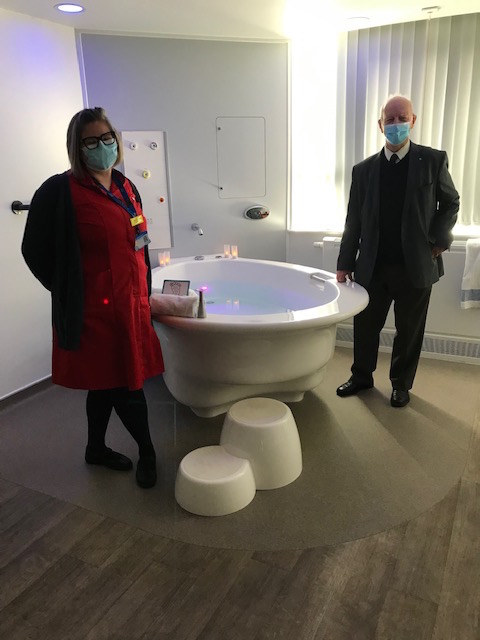 Chris Cutting, President of the League of Friends at the official opening